Antonio Puente, born in La Habana, Cuba, received his undergraduate degree in psychology from the University of Florida and his graduate degrees from the University of Georgia. He has held positions as clinical psychologist at a large teaching psychiatric hospital, as professor of neuroanatomy at a medical school and a professor of psychology in a department of psychology. He is currently Professor of Psychology at the University of North Carolina Wilmington and maintains a private practice limited to clinical neuropsychology (ranging from clinical in and outpatient services to forensic assessments). He holds appointments as Visiting Professor at the Universidad de Granada (Spain), UCLA and UNC-Chapel Hill. He is the founder and co-director of a bilingual mental health clinic for the poor and uninsured (Cape Fear Clinic). He is the author of eight books and, 74 book chapters and 97 journal articles (English, Spanish and Russian) and approximately 400 presentations. He founded and edited the quarterly scientific journal, Neuropsychology Review for 10 years, as well as a book series in clinical neuropsychology (33 books). He has lectured in over a dozen foreign countries and has supervised fellows or visiting scientists from Mexico, Russia, South Africa, and Spain. Dr. Puente is Past-President of the Hispanic Neuropsychological Society, the National Academy of Neuropsychology, North Carolina Psychological Association, North Carolina Psychological Foundation, and Division of Clinical Neuropsychology of the American Psychological Association (APA) as well as served two terms as a Council of Representatives of APA for the Division. He has chaired the Psychology Academy of the National Academies of Practice and several APA Boards and Committees ranging from the Board of Convention Affairs to the Committee for Psychological Tests and Assessments as well as served on others including the Policy and Planning Board. He currently serves on the Joint Committee for Standards for Educational and Psychological Tests. Puente was APA’s representative to the American Medical Association’s Current Procedural Terminology panel from 1993 to 2008 when he was elected to the Editorial Panel of the CPT (voting member). He also served on the Center for Medicare and Medicaid’s Medicare Coverage Advisory Committee. Puente was a Fulbright Scholar in 1983 (Argentina) and received the APA’s Distinguished Professional Contributions to Independent Practice in 2011. 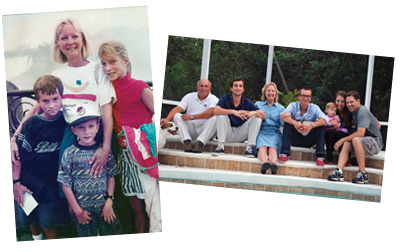 Puente is married to Linda and has three children (Krista- a clinical psychologist at a teaching psychiatric hospital in Florida, Antonio Nicolas- a PhD clinical psychology student focusing on neuropsychology at the University of Georgia, and Lucas- a PhD student focusing on political economics at Stanford and a past intern for the economic staff of President Obama).